These were community service activities to celebrate 30 years of Tra Vinh’s re-establishment (May 1992 – May 2022). The young people enthusiastically participated in the activity both to express gratitude to Uncle Ho and the earlier generations who sacrificed for the peaceful life of today, and at the same time to spread a beautiful message to the community, contributing to the protection of the living environment.

The memorial activity and cleanup started at 8 a.m. and ended around 11 a.m. of the same day. Participants were divided into small groups to incense at Uncle Ho’s Temple. Then each group split up to work in different areas inside and outside the Temple.

“As a student of Tra Vinh University, and a descendant of the great and beloved Uncle Ho, I personally feel very honored and proud to directly visit and incense at Uncle Ho’s Temple. It can be said that without Uncle Ho, we would not have the peace of today, so besides visiting and lighting incense, we also organize together to pick up trash, and clean up around the campus and outside the Temple. This activity is like an act of showing gratitude and respect to Uncle Ho by the students in particular and the Vietnamese people in general,” said Duong Thi Tam Nhu, a student at the School of Foreign Languages. 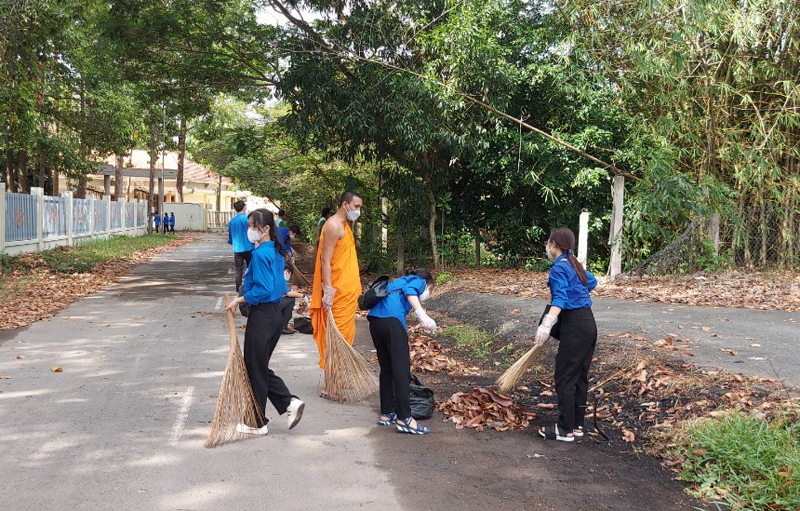 The event not only connected the young intellectual generation but also had the special participation of generations who had participated in the resistance in Tra Vinh. Young people participated in cleaning while listening to vivid and meaningful stories of the resistance. “I am very happy and proud to contribute with everyone to participate in cleaning Uncle Ho’s Temple. This activity helps us raise the spirit of environmental protection and also solidarity when helping each other to bring about a green – clean – beautiful environment in the locality. In addition, I also had the opportunity to meet uncles who were youth volunteers during the resistance. They joined in picking up trash with us and told us the proud stories of the Vietnamese people in general and of Tra Vinh in particular,” said Tran Duy Tan, a student of the School of Foreign Languages, course 2020. 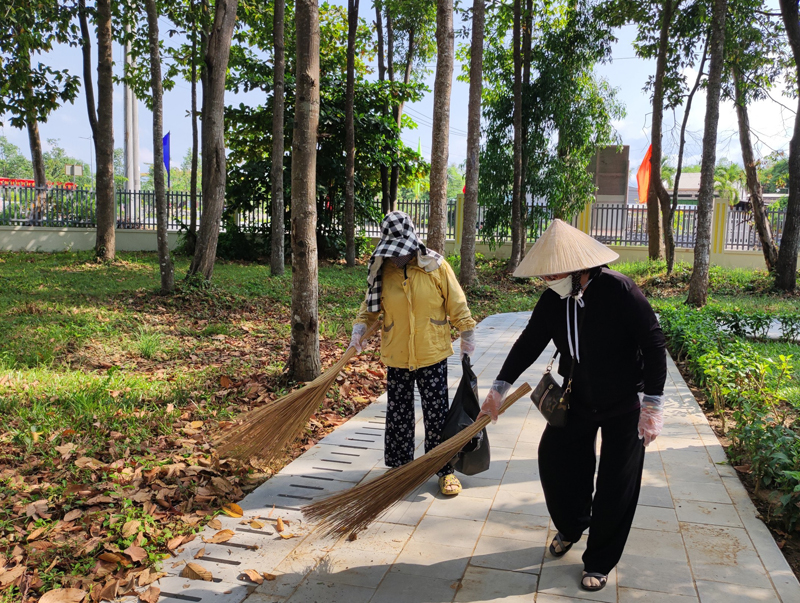 It can be said that this meaningful and practical program was an educational activity with many values. It has contributed to raising the community’s awareness of preserving and protecting the environment through small, specific and practical actions such as not littering. The participants who are the young generation of Tra Vinh had more opportunities to understand and appreciate their father’s heroic struggle history, thereby developing gratitude to people who sacrificed themselves for the peace and independence of today. In addition, young people have contributed to spreading the message “Vietnamese people do not litter” to the community, contributing to environmental protection, and building a Green – Clean – Beautiful Vietnam. 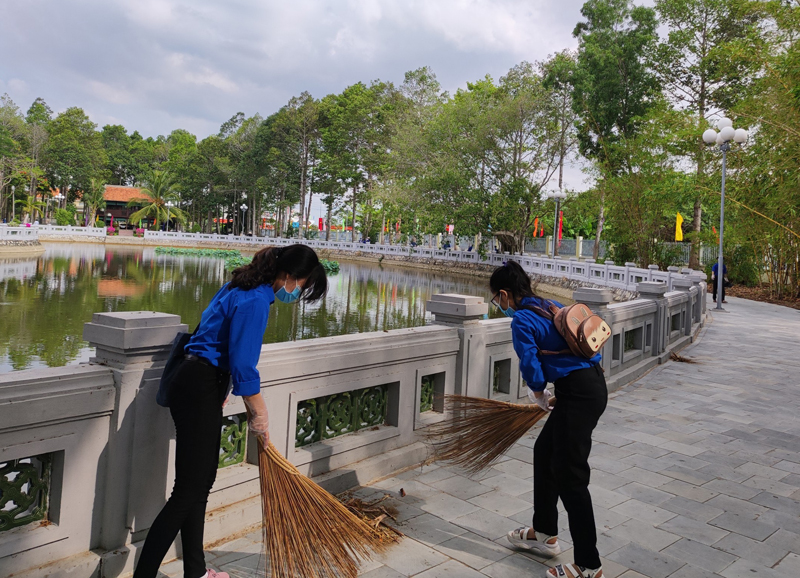 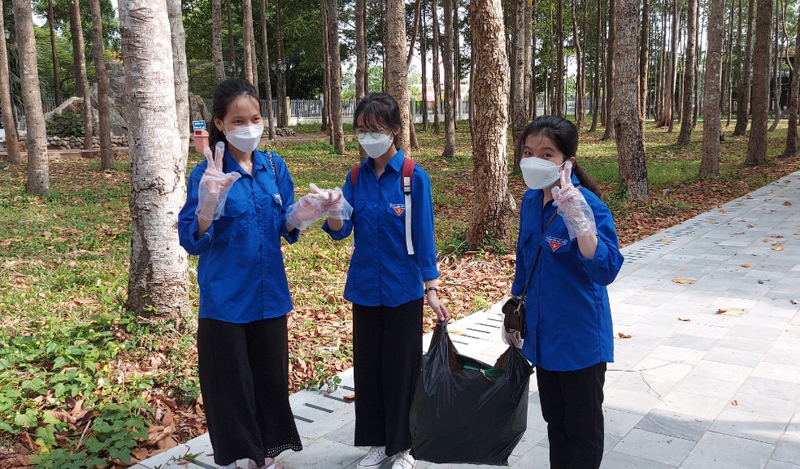 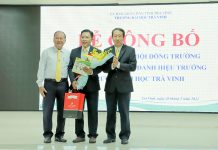 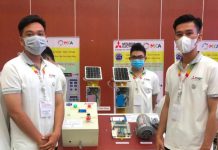 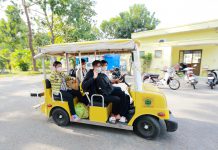 Journey to discover a green campus in the Mekong Delta 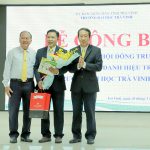 Appointing Tra Vinh University’s Rector for the term 2021-2025 and awarding title decisions for... 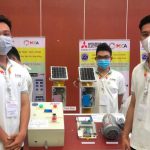 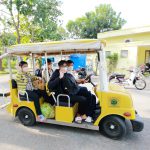 Journey to discover a green campus in the Mekong Delta

May 13, 2022
"Life is a long journey that is connected by trips. Our first trip begins when we become conscious of the desire to reach out... 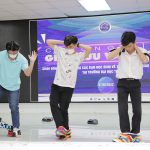 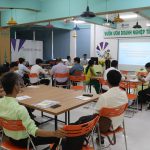 May 11, 2022
A Training of Trainers workshop on guiding for organizing experiential activities for Startup courses for lecturers and officials who do the task of supporting...