The contest was previously launched from November 30 to December 17 in 2021. To facilitate the sales round, the Organizing Committee has invited Ho Chi Minh City experts to train for candidates. Thanks to the training, the competition teams got insights on e-commerce, thereby building an online sales plan for Cordyceps produced by Tra Vinh University and presenting it to the Jury. 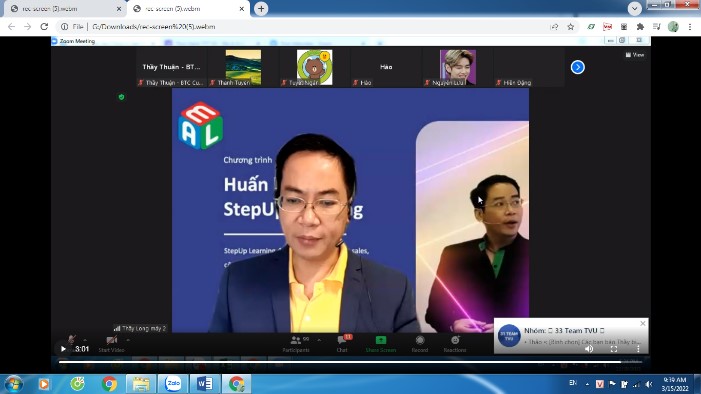 On January 12, 2022, the qualifying round of the contest took place in an online format. Eighteen teams presented the selling plan of Cordyceps produced by Tra Vinh University through e-commerce sales channels. At the qualifying round, the teams got valuable comments from the Jury, lecturers, and experts of different businesses. All teams excellently went to the final round.

The final round took place in one month (from January 17 to February 25, 2022). The competition teams carried out selling the product of Cordyceps Freeze-dried. The organizers provided products to each team based on the team’s demand without prepaying for the cost. At the same time, the Organizing Committee connected with 10 advisors for the teams during the sales process.

In one month of participating in the final round, the students had the opportunity to practice selling goods at traditional markets, practice presentation skills, and persuade customers to sell products. In addition, the teams also promoted product marketing through the social networking sites of Zalo or Facebook. 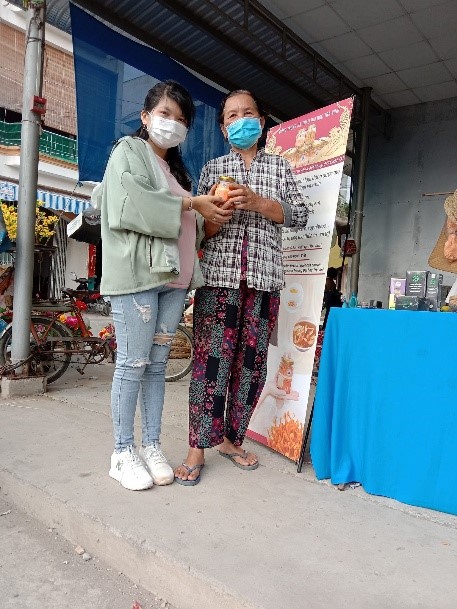 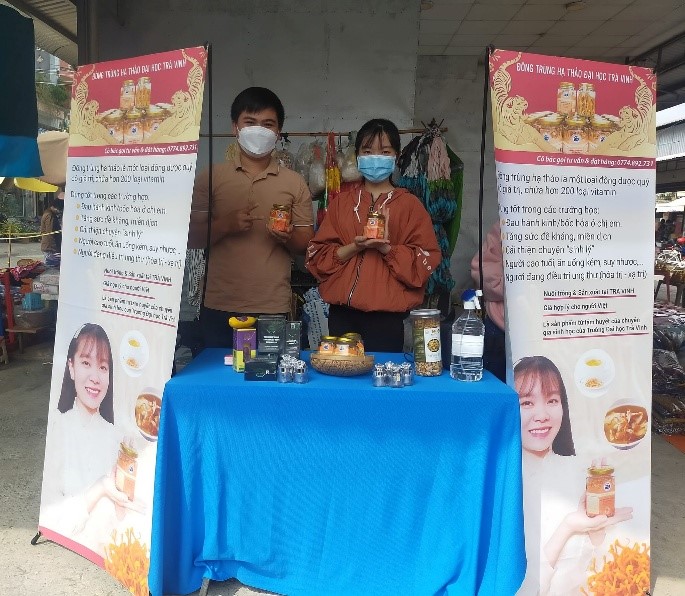 On March 17, 2022, the participating teams reported sales results and shared their practical experiences after one month of selling products. Among the 15 participating teams, the Hoc Het Suc Choi Het Minh (Study hard and Play hard) team received a special prize of 5 million VND from the Viettel Post – Tra Vinh Branch immediately recruited by ViettelPost Tra Vinh. The first prize was awarded to the team of HIH, the second prize belonged to the TVT team, and the third prize was provided to the Biet Doi Chot Don team. The remaining teams were awarded consolation prizes by the Organizing Committee. All teams were offered sales commissions according to the number of products sold, university merit certificates, and all awards sponsored by businesses.

“Tra Vinh University’s e-commerce talent contest has ended, but it will always motivate us to study harder and accumulate more skills for our practical work in the future.”, Thu Huong, a student participating in the contest, excitedly shared.

Assoc. Prof. Dr. Diep Thanh Tung, Vice-Rector of Tra Vinh University, Dean of the Faculty of Economics and Law, said: “The contest has brought to students more opportunities to study and practice their confidence and initiatives in work, as well as the spirit of solidarity, teamwork, and independence, helping them to be more successful after graduation. The contest once again contributes to affirming the training quality of Tra Vinh University to meet the requirements of integration and development”.

The E-commerce Talent Contest of Tra Vinh University is a useful playground for students of economics and other disciplines interested in doing business in the form of e-commerce. The contest consists of qualifying and final rounds. In the qualifying round, the students present their expected sales plan in the form of e-commerce. In the final round, they practice actual sales of the product ” Cordyceps Freeze-Dried” produced by Tra Vinh University. The school provides products without pre-payment to create favorable conditions for students and give sales discounts to the teams with a high rate of about 48% of sales revenue. 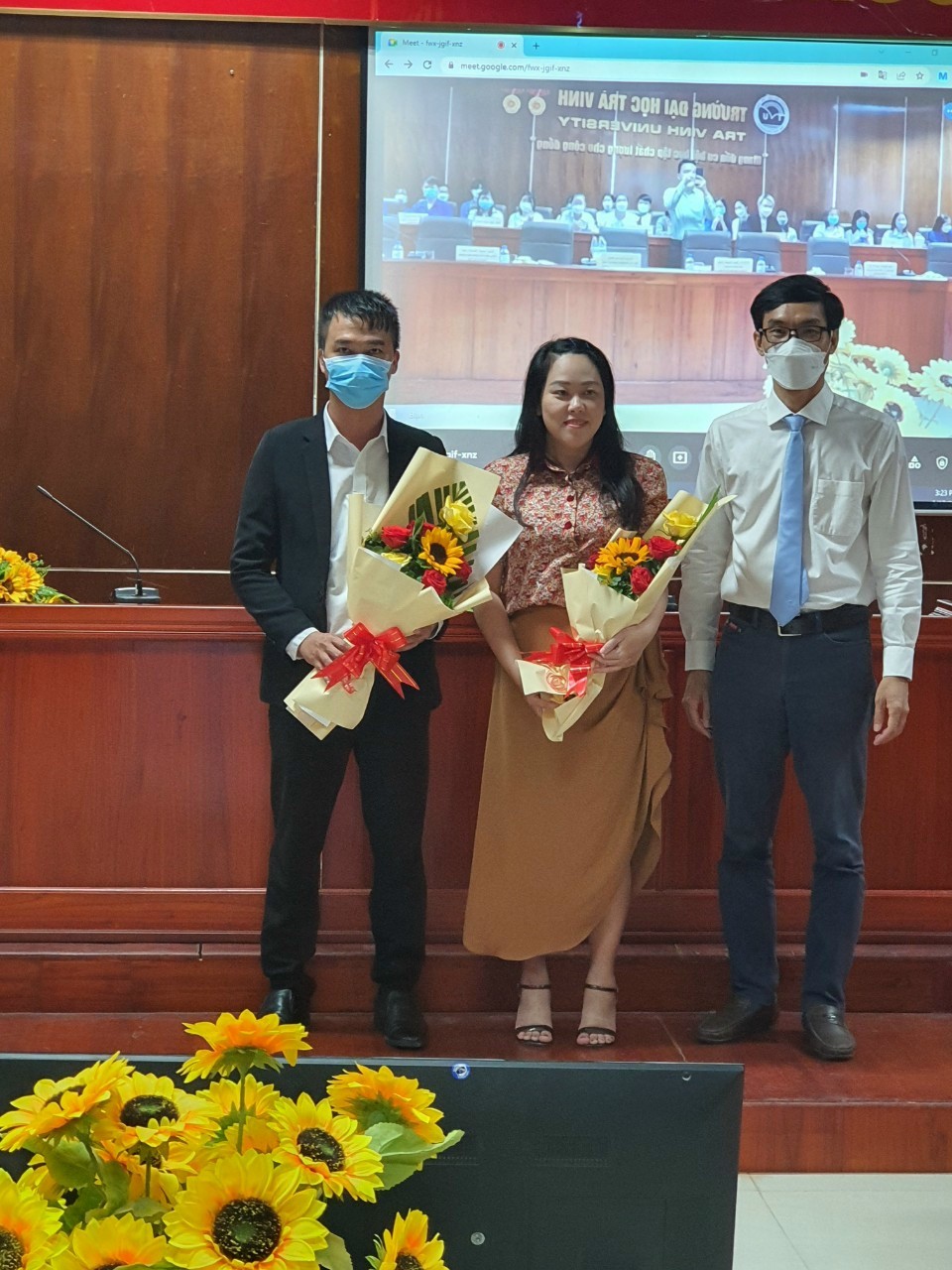 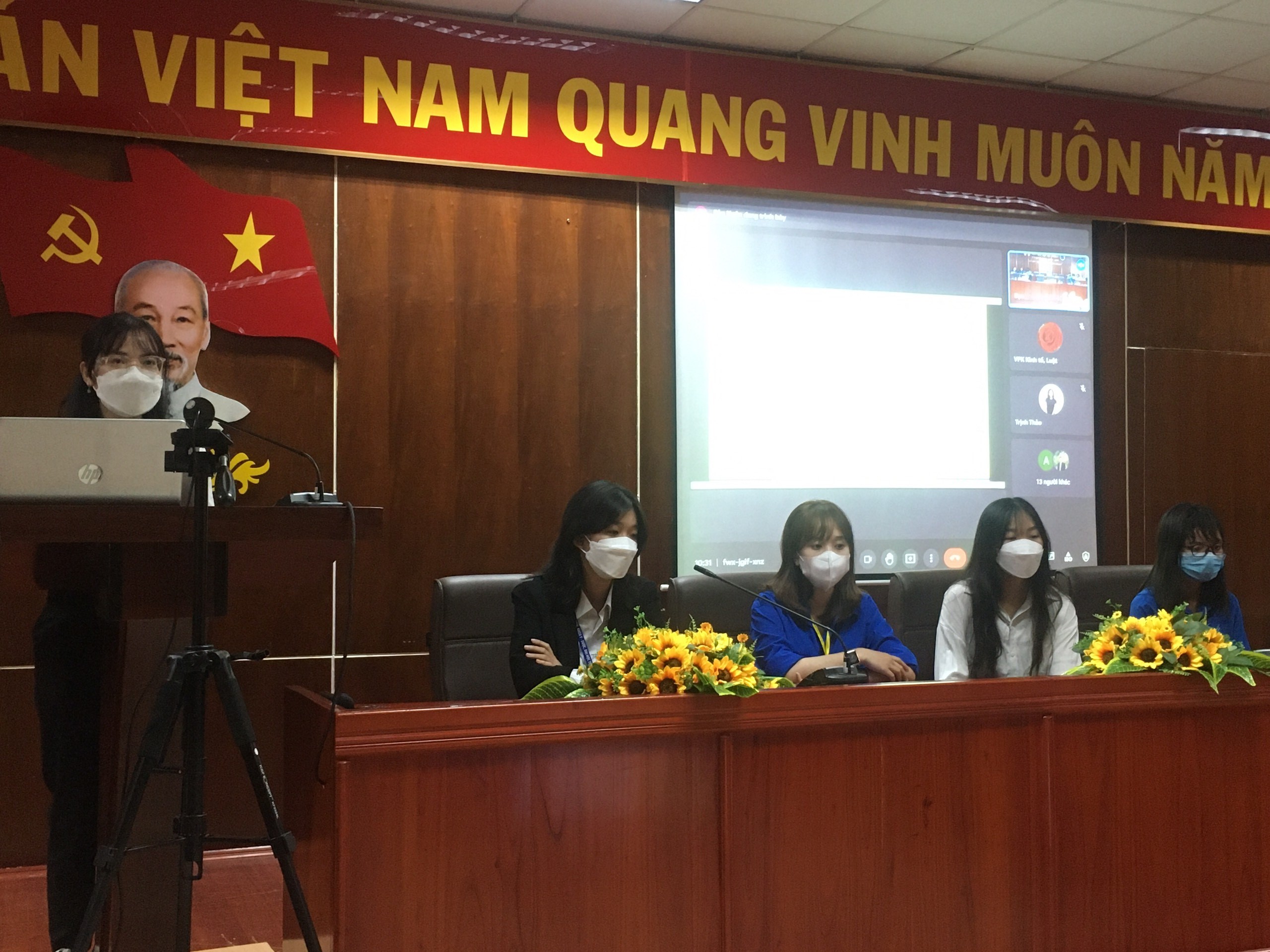 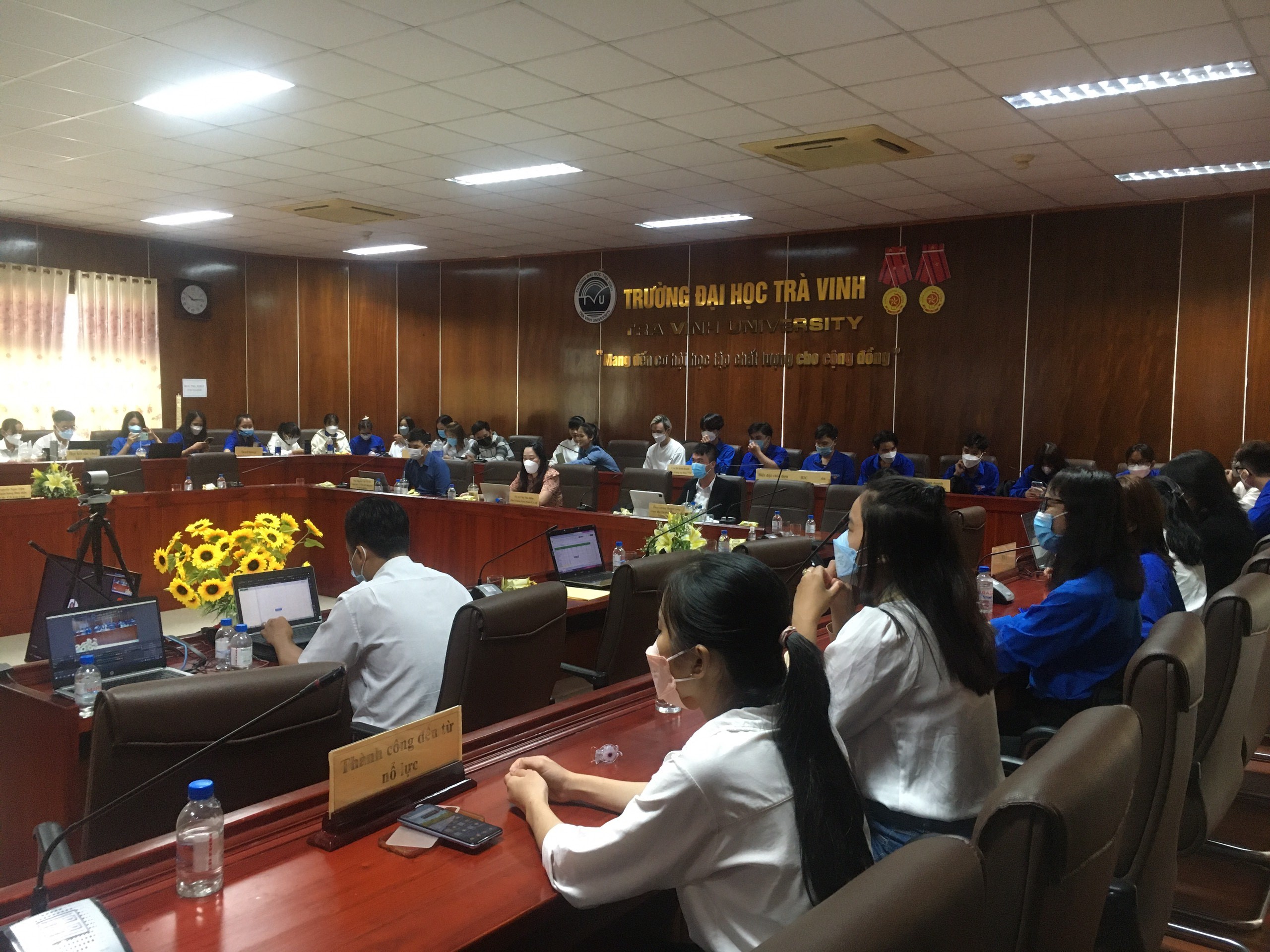 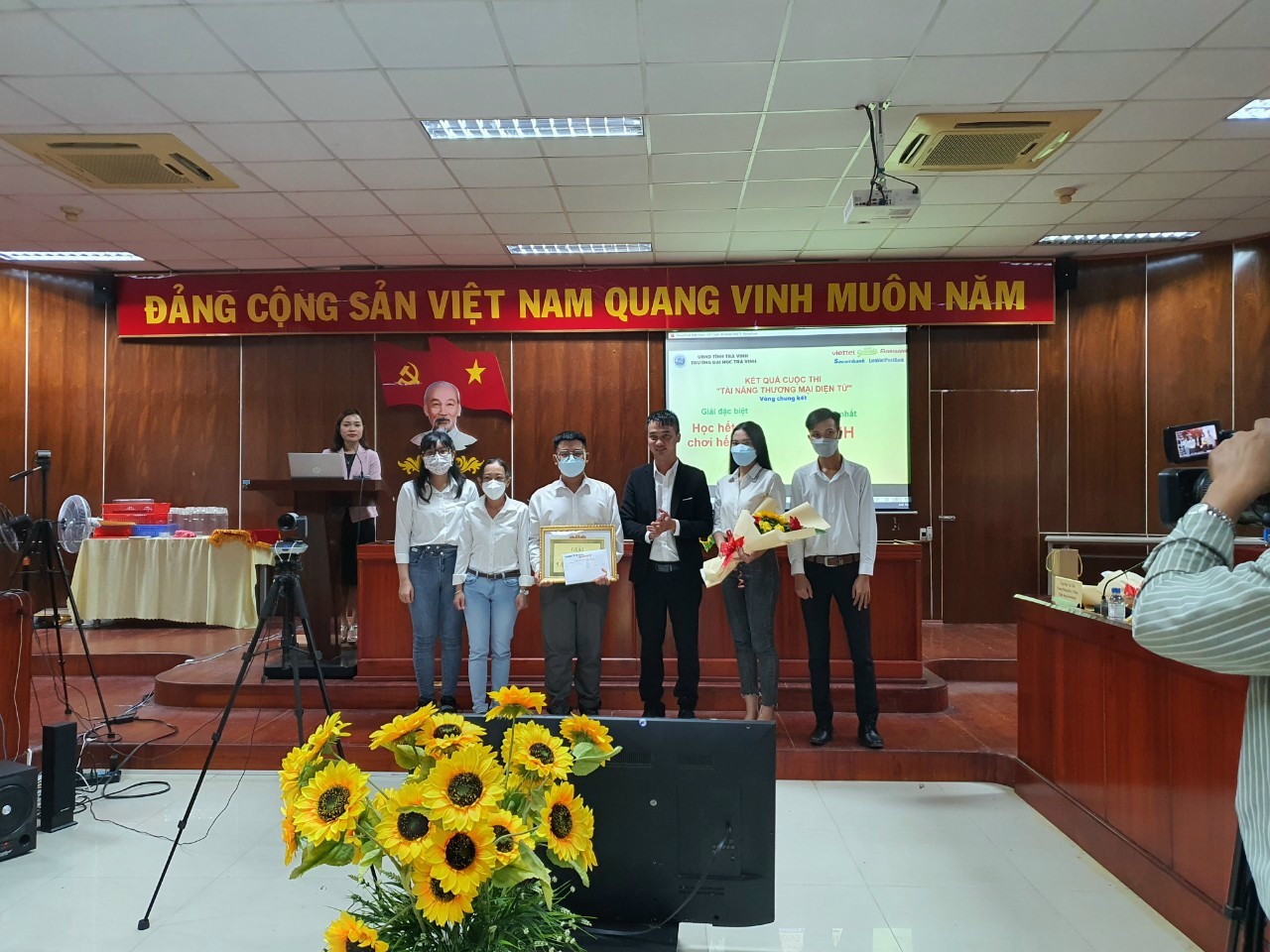 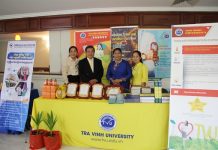 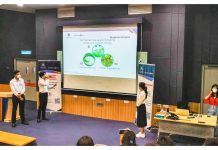 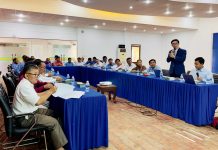 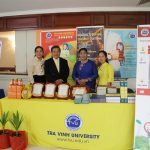 August 12, 2022
Source: http://baovanhoa.vn/nghe-thuat/artmid/2415/articleid/55273/trien-lam-? On August 11, within the framework of Vietnam Culture Week in Cambodia, the exhibition on "Cultural Heritage and Human Development" opened in Phnom... 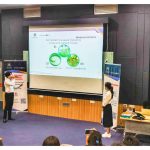 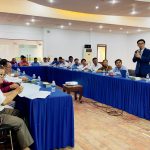 August 8, 2022
On August 7, 2022, Tra Vinh University had a meeting with leaders of the Department of Education, Department of Health of Svay Rieng province,... 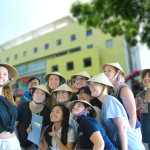 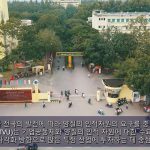 August 3, 2022
Tra Vinh is located in the Mekong River Delta, which is surrounded by two rivers —the Cổ Chiên River and the Hậu River—and the...